My own Google Map

In this document I have tried to model how a navigation system works. During my study, I found that it is truly an extremely complex system and requires several algorithms and heuristics. I have tried my best to descibe the details which I understood and thought that are used in actual systems.

Data collection is a very big task and we need several sources to get map data.

With all the data, on a 2D grid, paths and locations can be plotted according to their coordinates. With several computational geometry algorithms, the curves are drawn removing the difference in coordinates from various sources and a 2d map is generated which we view. We store all the coordinates of locations and edge attributes in a look up tabe which has $O(1)$ complexity for insertion and deletion of new/old data. The next section describes what attributes are required and how we construct the graph of our map.

There is a lot of preprocessing required.

There is one more interesting thing that has to be taken care of- what if we have the same coodinate for several locations? Which is the exact case that would happen with a building having lets say several different companies, or a place with different societies/shops. We cannot store take all these vertices in a graph as it would drastically increase their number.

So,we will encode location coodinates in a systematic way to have a parent vertex which will be in the graph. There are several standard map encodings available such as plus codes. So for all the locations if we store the encoding (upto a length which denotes a few buildings) in a set , then this DS will automatically have unique elements which will serve as our vertices for a graph.

This plays the most important part of making the graph. They are formed between 2 connected vertices. It it would be quite logical to have the edge weights as time required to travel between the vertices. All parameters will be converted to time equivalents. Here are some parameters:

with all these parameters from the collected data, a formula based on croud-sourcing can be devised to have a fairly good estimate of speed on a road having certain parameters. Thus, with the speed, we can now get the time required to traverse that road.

we keep the weights as seconds and can easily store them as integers to remove any complexity arrising due to floats.

With the vertices and edges, we now construct a graph. As some roads are one-way, what we have here is a directed and weighted graph.

There’s still one thing to do: how to deal with weights on the vertices? 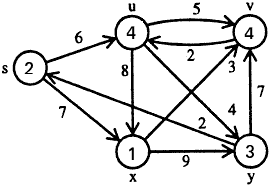 We use a very clever trick to trasfer the weights on vetices to edges: 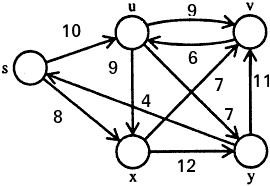 Now as the roads weights change, we need to used a DS that makes us do fast insertion/update operations.
So we use a modified adjacency list.

Also we used unordered_map as the vertices might not be a contiguous array because of updates. 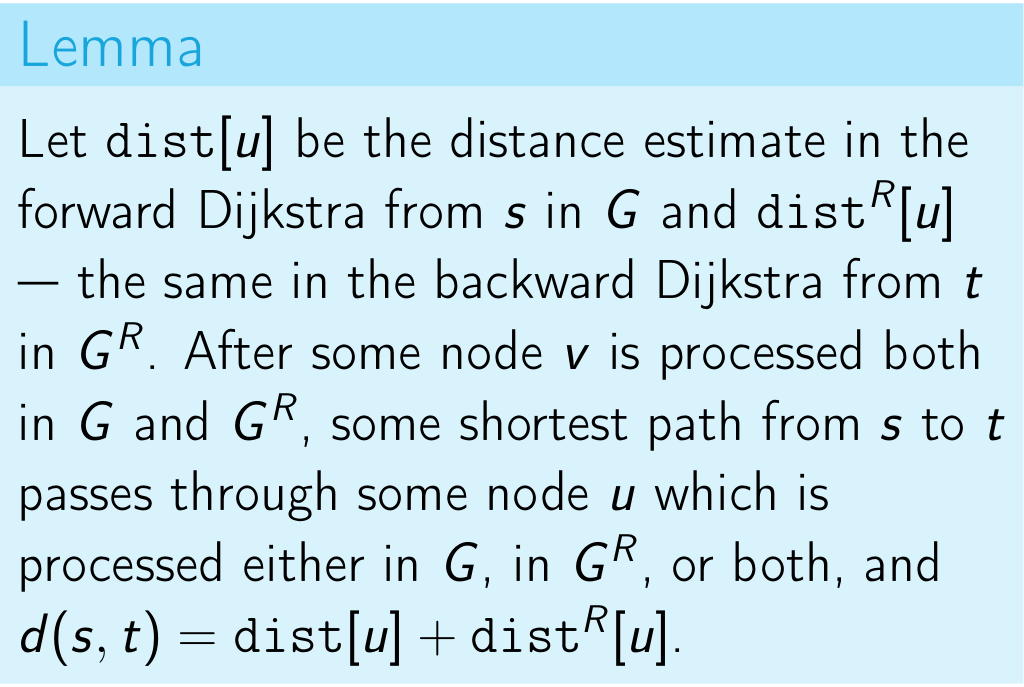 We can imagine the dijkstra’s algorithm as an increasing search circle of processed vertices with increasing path lengths from the start. The bidirectional version can be imagined as two circles increasing-each from its source and stopping when they touch. In the process we see that several nodes which aren’t relevant to the path have been visited. So what should be done to direct the search more linearly towards the destination? We still want to use the dijkstra, but want to direct its flow.

Efficiency, Feasibility and other Features

How do we deploy this at world level?

For multiple queries and even faster processing, we would require further optimisations like using locations, reaches and contraction hierarchies (out of scope of this article!!). One might be tempted to store all paths between all vertices but the preprocessing would require several months and storage in PB. So that is not feasible.

How do we reroute if we take a wrong turn?

What happens if a road is blocked or there’s huge traffic because of accidents?

How do we use offline maps when we have bad connectivity?

GPS doesn’t require internet connectivity. So we could have the map data of our city/route downloaded offline and run the algorithm locally. This won’t allow live updates on edges.

In actual road networks, this is the case: edges>vertices.
Ex: USA road network has 20M vertices and 50M edges.

In this entire process, I tried to read countless no. of papers, blogs and tried to understand several things. The actual working in the real world is truly complex and that thoght of appreciating the complexity and trying to model on my own gives me a lot of pleasure.